Garden Poo and a tour of the greenhouse. 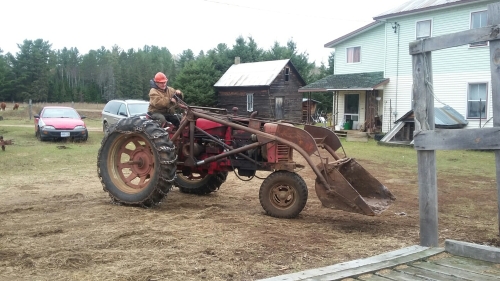 I’ve been buying vegetables from my farmer friend David for about 15 years now. He sells at both the Combermere and Barry’s Bay markets and we’ve spent countless hours over the years standing around his market stall chatting away about all sorts of garden adventures and experiments. He’s always got a story to tell.

Back in September I asked if he had any manure that he was willing to part with. It’s not something he regularly does but he said I could come out and get a little when I was ready for it. Being a good farmer he guards it closely and uses it on his own beds.

First up I got a tour of the greenhouse. Awesome! Shelves and racks and rows of all manner of things growing as an October snow flurry swirled around outside. Tucked in behind this habanero pepper plant is a couple of pineapple plants that have produced edible fruit. These days there are tomatoes, beets, herbs, peppers and lettuces growing.

Everywhere I looked there was another contraption of some sort. This was the watering system. It reminded me of the electrical system in Hanoi 🙂 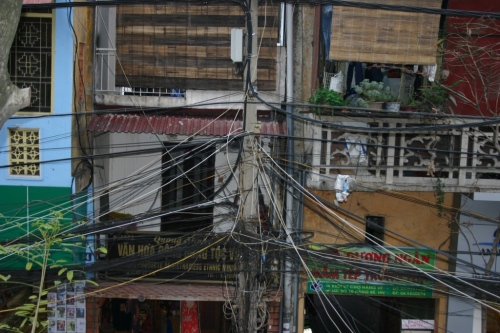 After the tour David fired up his old tractor and went down to the lower barn. I followed with my car and he filled my trailer with 2 big scoops. 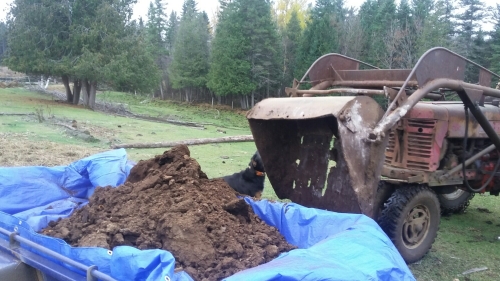 That’s top notch Grade A poo for my garden. It’s well composted already and should do wonders for my veggies. Back at home I gently drove through my neighbours yard and manoevered the trailer between the clothes line pole and the cherry bush 🙂

Later in the week I’ll spread it out and put some on the other garden beds as well. I put down landscaping fabric to kill off more grass and expand the garden. My first garden season was 2014 and my garden was 10′ X 10′ and it gets bigger every year. Next season with the expansion it will be about 25′ X 21′. And the other  bed behind the garage is about 10′ X 14′. Plus I have a 4′ X 8′ asparagus bed and a 2′ X 4′ herb bed by my kitchen door.

A few garden chores are left and then I can start dreaming about next year’s adventures.

What a fun day!

When I saw the invitation my gut response was to say yes. So I did. Without really considering what I was getting myself into. (Kinda the same way I ended up in Killaloe! )

I spent the day today at Hoch Farmhouse Museum in Killaloe, the same farm that plays host to the Killaloe Farmers Market. Along with my fibre friends Lesley, Blair, and Stephanie, we ran a fibre station where kids had a chance to card, spin, and knit some local sheep wool. We spent the whole day there as groups of 20 to 25 kids rotated through a variety of stations every 20 minutes. 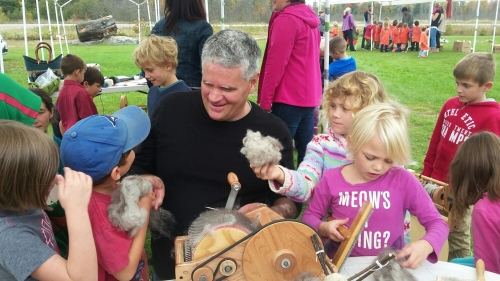 It was SO much fun. The kids loved it. It was interesting to watch how determined they were to make yarn.

The results were amazing! I look forward to doing this event again.

What a great way to end an awesome day.